Museum of Fine Arts of A Coruña

The museum invites you to a thematic journey through the different genre of European painting from 16tg to 18th centuries. The worth mentioning pieces include 1religious iconography reflecting both Renaissance canon - represent by Morales or Juan de Juanes work - and Counter-Reformation - witnessed in Ribera and Sánchez Coello.

In this same hall 2 within Spanish Baroque context, the religious canvas of Rizi and Carducho can be observed, along with the still life in the work of Arellano.

On the other hand, other topics were widely developed during the European Baroque. These include themes linked to court or bourgeois taste: magnificent Rubens portrayed mythology wonderfully; genre scenes by Rombouts, the interior architecture by Peter Neefs or the work of Frans Francken II, reflection of 17th century art collecting.

Noble and royal family portraits are shown from the time of the Austrias - standing out the work by Pantoja of la Cruz - to the establishment of the Bourbons, when the progressive renovation of the artistic tastes took place, moving from Baroque to court Rococo as shown in the work of Baldrighi.

It is also worth talking about the miniatures created by artists from European art schools, serving the demands of contemporary bourgeoisie.

19th century starts with the Romanticism of Vilaamil or David Roberts and, as a consequence of the bourgeoisie demands, other painting genre are renovated and developed along the century. These include the portrait - with works by Esquivel or Madrazo -, the landscaping - represented by Carlos de Haes, Urell or Beruete - or the genre scenes including authors like Cutanda, Francs or Sorolla. Galician painting is included in this context. Lately flourished and supported by regionalist movements, 19th century Galician painting witnesses its peak with artists as Avendaño, Murguía, Sotomayor, Lloréns or Corredoyra.

The group known as Os Renovadores (The Renovators) was composed by Maside, Colmeiro, Torres, Laxeiro e Seoane. Altogether they assumed the European avant-garde languages and merged these with folk and popular culture.

Aside from the former, artists as Lugris or Granell developed their very own vision of Surrealism. During the second half of the century, along with painters who established the bases for the abstract process- Caruncho, Labra or Mampaso—, other opt for a new figurative art with a lyric and intimate character: Lago Rivera, González Pascua or Victoria de la Fuente.

Combining the techniques of etching and aquatint, Goya created an impressive collection of prints, grouped in four series: the Caprichos, a series of offbeat prints depicting an ironic intention; the Disasters of the War, showing the horror of the war; the Follies, fantasy intriguing representations; and a Tauromaquia, spreading the different feats and sorts of bullfighting. The Fine Arts Museum of A Coruña preserves one of the few complete collections of these prints.

The collection of the 19th century earths of Sargadelos, the first Spanish factory to use industrial techniques, gathers pieces of different typologies created from the 18th century English models. The exhibition is organized by decorative techniques - from the first and second period full of creamy white to the third and fourth period defined by hand painting and printing. 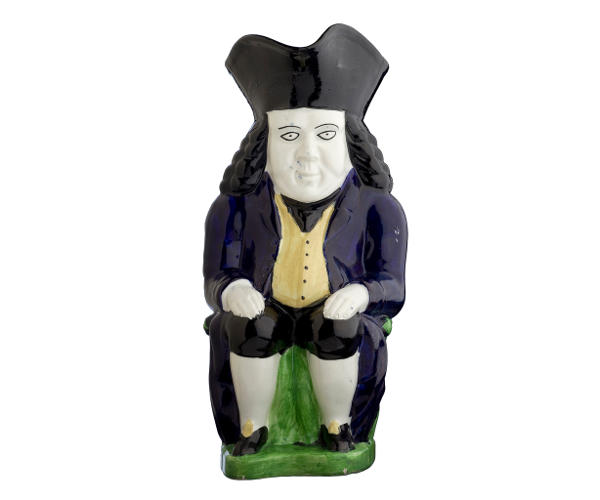