Vestiges d'un ici, Vestiges of Oneself 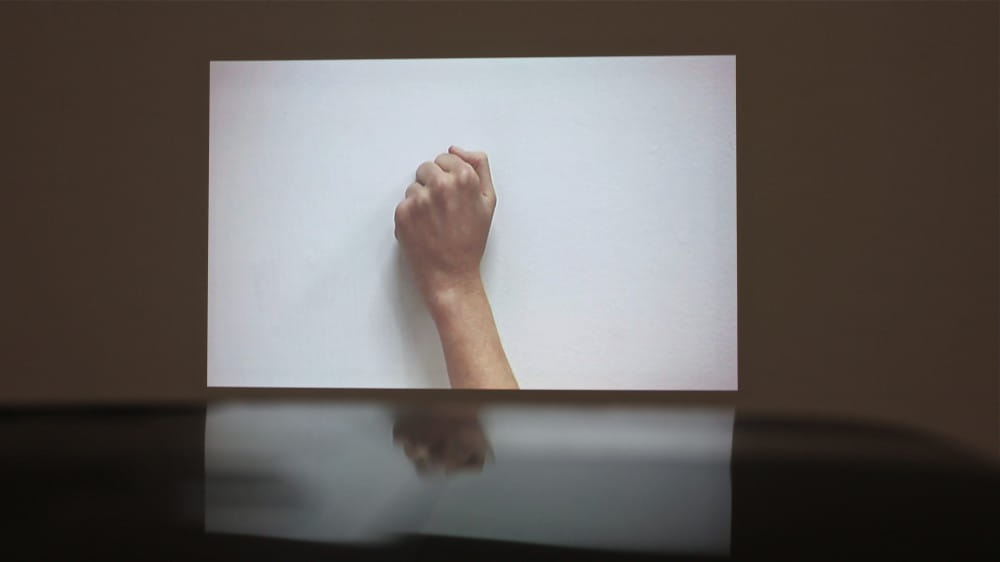 The creative drive of Loreto Martínez Troncoso (Vigo, 1978) emerges from behind language and occurs in the action as a privileged position from where to explore the tight-knit relationships of the performance with its historicity, with its present. The artist builds an outstanding conceptual work based on the complex exploration of the codes of orality, of gesture, of writing, with which she formulates scenes which permit a direct relationship between art and life, between artist and spectators, forever questioning these roles within the framework of art as an institution tangentially; with an obsessive rhetoric which interrogates the place and its inhabitants, dependent upon temporality, on the work in progress.

"Vestiges d'un ici, Vestiges of Oneself" calls for a reading/rereading and indeed a questioning of the work which she has been writing/presenting in recent years, stressing the processes and ideas, collaborative, open works, together with the implications of her interventions in the frame of the complex construction of a present time. She designs a work created over time and in the instant, in discourse and in statement, within an emotional, critical and institutional territory; a construction that expresses resilience, which will be contrasted in the exhibition with the memory of the building itself. The exhibition develops small actions in the museum’s symbolic and architectural space, with which she explores the idea of what comes back, of the echo, and where works come together and are transformed into other meanings and intertwined with pieces expressly created for the event (Floresta, 2018). Also fundamental is the project’s collaborative sense, which includes the production of other male and female creators, Elena Narbutaité’s installation or the conception of an opera with the composer Ramón Souto.

The CGAC’s unique underground space has been conditioned as an event and a sound box. Convening initiatory experiences, privileged and fleeting moments, which bring to the surface a certain urgency for the permanent and fluctuating. An intervention that will grow slowly, immersing the audience in an avalanche of stimuli and reflections, in which silence and sound, light and blindness, reign, generating a highly-charged, tense and stimulating territory. In short, exploring the public spaces set aside for culture which become intimate spaces, where everything that one cannot live with, that one cannot say and that one cannot feel is made smaller. Looking in nooks and crannies. Digging in the ground, in the vestiges of the here.

This project is part of the annual review of mid-career artists in Galicia conducted by the CGAC since 2016.