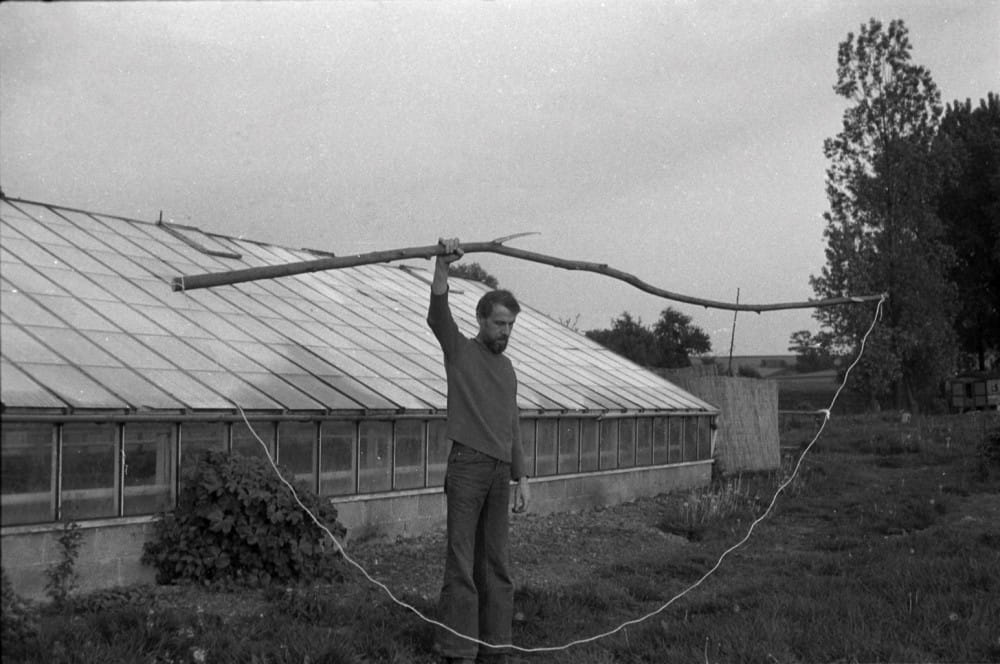 The work of René Heyvaert (Ghent, 1929 - Scheldewindeke, 1984) is sober, simple and at the same time, extraordinarily complex, linked both to the historical avant-garde and to his own life circumstances. It reflects the vision of an experimental artist who tried to find, in the climate left behind by the period following the world war, a human outlet in which art and life would be reconciled, nurturing a certain visionary idea of a humble utopia.He passed away prematurely at the age of 55, but he has exerted an intense influence on successive generations of artists from his country, Belgium, and, furthermore, is an artist who is currently being discovered and reconsidered.

In his brief involvement in architecture, in Belgium and the United States, using modern and simple housing constructions, he applied some principles that would define all his artistic work. This he consistently developed from the early seventies onwards, experimenting with shapes and materials, appropriating natural elements such as branches and trunks that he would then alter and reshape into rods or totems. But he also used everyday elements such as wallpaper, matchboxes, tin cans or cereal boxes.His drawings on lined and graph paper make up very consistent groups that reveal the possibilities of seriation and variation.His works of mail art (more than 200 postcards sent to 40 recipients), made of cut-out supports and objects, form a random playful setting.

This exhibition proposes a reconsideration and global rereading of his work, starting with an exhibition of his architecture, and organising the works in groups according to the words of the artist: permutation, assemblies and repetition, like life itself.

This exhibition is being held in partnership with the M-Museum Leuven (Belgium).Both exhibits share the same core, consisting of a selection of works from public and private collections from Belgium, as well as from the Estate René Heyvaert collection, deposited in the Clearing Gallery (Brussels - New York).